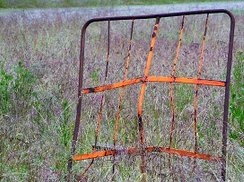 Intense artistic and individual interaction is furthermore supported by a creative license, beyond expectation.

Previous festivals have generated interest, cultivating a new breeding ground for ideas within the dramatic arts and collaborations between various media and much, much more. Audience indication and student and participant reflection reveal VARIA to be a place where innovation is given a great deal of invaluable space.

As a result, VARIA has been able to create a forum for further, as of yet, unproven collaborations, aimed for the dramatic arts and arts of other focus.

Since this time she has planed, curated and produced the VARIA Festivals including connected projects, like VARIA SHORT CUT´s and Improvisation Performance.

Was scheduled and well prepared to be realized November 2-8th, had to be canceled on short notice due to the pandemic situation.

The theme for this addition was Dance meets Music, with exiting duet-performances and workshop. Several Swedish artists where invited to perform and teach.

The program where also decided to be the last VARIA program for an unforeseeable future, due to lack of proper financing and more.

During 2021 a gathering between 2020 artists took place, duet practice work and documentation became a nice meeting, resulting in documentation.

Performance artists Andrew Morrish and Peter Trotman from Australia was special guests during the full period of eight intensive days.

Great audience-groups visited the festival, where layers of much appreciation was received due to the lively and also the program broadness.

The festival took place at Esperantoscenen in Gothenburg.

Introduced voice and movement art in many layers, with and by greatly interesting artists, visiting from several countries.

The festival period included Performance Program, Educational Program, a conversation and many, many encounters in many, many ways.

Three duet performances was presented when VARIA visited Hus 10 at Konstepidemin,  an intriguingly different venue, for the occasion crowned by room, light and video-light -installation. One workshop and several classes, all in relation to the theme, was fully booked and enjoyed by several artist-disciplines. “Moved by Voice”, the VARIA2018 conversation extended the festival topic further.

The second edition and VARIA18 SHORT CUT was guest at the lovely stage Teater Uno in Göteborg, Sweden. A  focused and concentrated project that included Performance and Educational -Program. Three artists from Australia and Sweden participated. Introduced was one workshop and several hours of individual coach for performance-artists and students from diverse disciplines. Ended the period did two much appreciated solo-performance-evenings, where full-booked seats was occupied by great audience-groups. The artists and co-workers created a festival feeling and a “big event in a valuable, personal and sympathetically format”.

VARIA17 SHORT CUT, was first short-project with this name presented in Göteborg. The thought is among else to give more opportunity to see and experience good Performance Improvisation where preferable rooms, like galleries and other personal and less demanding settings, are used as stages. In September- October the SHORT CUT Program gave one movement & voice workshop, along-side two evenings with duet performance by six artists. The performance theme was movement/dance meets music/sound and these evenings was seen and treasured by large audience.

The Confluence, Michael and Thomas Schumacher

VARIA2015 offered two periods, in total eight artists participated and came from Sweden, Australia and France. One part was realized in May and the second larger part in November that also carried the theme - Solo. Programs consisted of presentation, educational-program, performance and a seminar. All in all, a good year with intensive festival occasions, seen and highly appreciated by a big public alongside student participation. The solo-focus was greatly displayed and gave wish for more. VARIA2015    received support from Konstnärsnämnden and Göteborgs Stad Kultur and was part of GIBCA Extended.

VARIA2014 March 1st-9th. The period started with voice/movement improvisation workshop & Action Theater, continued with days with extended classes, advanced voice workshop and workshop in Contact-improvisation (CI). All in relation to festival themes, that alongside CI, offered profound training in voice and movement work. VARIA2014 performance program at Atalante presented three duets with especially composed light. Second night a big VARIA dance and music Jam was organized and offered everyone to take part of the dance, music and light. The performance program ended at Atalante with concert. The total program gave lot of space for meetings between international artists, local professionals, students and public in a much varied program during intensive and much enjoyed time. VARIA2014 became the most visited festival-part in VARIA history, this far... VARIA2014 received support from Konstnärsnämnden, Göteborgs Stad Kultur and Västra Götalands Regionen.

Andrew Morrish visited VARIA before. It is a pleasure to have him around, why this time project was named accordingly. Intensive period started with improvisation workshop & individual coaching for professional artists joining the workshop etc. from a wide range of media. Interest for Morrish special approach to techniques within movement, voice, language alongside feedback structures parallel to practical work, has increased much over the years. Morrish developed unique methods of sharing knowledge with in the Art of Improvisation. Part of program was also public conversation between Morrish and Lisa Larsdotter Petersson. The artists shared space, asking each other questions related to their artistic process. Further the project presented Solo Performance evening, where Morrish, Petersson and drummer Henrik Wartel performed solo´s for a full house. The solos gave great representation of diverse improvisation performance, with mix of non linear storytelling, dance/movement, sound/music score at Danscentrum Väst, Göteborg in September -13.  VARIA Invites Mr Morrish was part of GIBCA Extended.

September -13. Henriette Pedersen and Christina Hallström where invited to participate in a period consisting of exploratory meeting between them and Lisa Larsdotter Petersson. Their diverse media dance/movement, voice/sound and video/visual arts served as base. The discovering of and presence in, the given lab-space next to work-process, offered shift and unpredictable development of artistic source… This became an interesting non-linear and also challenging practice and further without much desire for "result-making". A public lab-showing, much like an art installation, sliding over in open conversation about media and artist encounters ended the adventures lab week. Further section of the period was much enjoyed morning-classes led by Pedersen. She shared experience around working with thematic, at the same time as improvised moments got to take a great part of expression.

Art is an existential tool for universal communication - Thus, it is of eternal value… (Nina Bondesson) October – November 2011. The venue Atalante in Göteborg again hosted VARIA, alongside Strömstads Musikskola and Dancentrum Väst. This year there was focus on smaller group constellations between artists and their media presented on stage. A colorful and strong mix of performance was the result when seventeen artists from the Nordic countries, Europe, USA and El Salvador visited the festival during more than two weeks. The media dance, music, video and light where represented in an exciting way and off-course there was also several workshops, artistic presentations and work in progress project going on. VARIA2011 also was visited by the largest audience jet, along-side students from several countries that came to take part of the education program. VARIA2011 received support from Konstnärsnämnden, Göteborgs Stad Kultur, Västra Götalands Regionen, Statens Kulturråd and Kultur i Väst.

VARIA arranged intensive days of performance, interaction and un-going installation in a variety of constellations. 11 performers and musicians from several countries participated.

BIG UNDER was a collaboration between VARIA, the venue Aktör & Vänner and the Gothenburg Opera Ballet.  With support from Dans Centrum Väst.

VARIA initiated a Nordic network meeting and performance series. The meeting was realized in Gothenburg at the venue Aktör & Vänner, 6 artists from the Nordic countries participated. During this period VARIA also arranged VARIA Grows Nordic & Mr Morrish, where special guest was Andrew Morrish from Australia, a workshop was held alongside individual  coaching sessions. The project received support from Kultur Kontakt Nord and Konstnärsnämnden.

The venue Atalante in Gothenburg and the Museum of Art in Borås together with the Cultural House Fregatten in Stenungsund, and several studios in Gothenburg hosted VARIA2009.

Fantastic Solo performance and Group performance, lectures, workshops and classes by artists from the Nordic countries and from USA, Australia and Europe where given during an intensive three week period - fall 2009.

The media dance, music, video and light where represented along with Performance art and Action theatre. A big international audience and students passed by the many options of the festival, and took part of great meetings between art and people, work and studies, conversation and thoughts…

In the spirit of improvising November 07

Atalante, Gothenburg - 16 performers/artists from different areas and countries met and worked for one week, they gave artist presentations, work in progress and performances for a large audience of varied age range. Funded by Konstnärsnämnden, AB Volvo etc.

Nuläge and VARIA SHORT CUT is another VARIA’s way of conveying the art of improvisation via smaler projects where interdisciplinary dance, movement and theatrical interaction is presented. Diverse working models directed towards the more established venues and or towards arenas that are new to the dramatic arts. VARIA provides performance, discussion-forums, lectures, workshops and demonstrations depicting a colorful art form. Are you interested in meeting improvisation in your area - Contact VARIA. Mail: info (a) varia-impro.se